Simon Bunter was instructed to carry out an independent examination of fingerprint evidence collected at a burglary scene.  It proved to be a particularly interesting case.

Police attended a sports club in response to the reported burglary of the clubhouse.  Entry had been gained to the clubhouse by forcing an external fire door.  Once inside the offender(s) had caused significant damage to the premises and stolen items of property.  A Crime Scene Investigator (CSI) carried out a forensic examination of the scene resulting in several digit and palm impressions being lifted from the point of entry and various surfaces thought to have been touched by the offender(s).  Subsequently, a left palm and left little finger impression recovered from an internal kitchen door were attributed to the defendant after a ‘hit’ on the NAFIS system.  The remaining finger and palm impressions from the point of entry and other disturbed items were compared against the defendant with negative results and remained unidentified.

The police provided further statements from the chairman of the club and the cleaner.  The statements recorded that the internal kitchen door had been cleaned several times in the months before the incident and had been painted white approximately 18 months prior to the incident.  This further information appeared to suggest that the defendant must have had contact with the door more recently than he was maintaining.

Examination of the Fingerprint Evidence

I compared the impressions in the fingerprint lifts against the defendant’s reference form and agreed that they had been correctly matched.  Later, I attended the sports club and examined the internal kitchen door.  Comparison of the background detail disclosed in the lifts against the door allowed me to determine that the lifts had been recovered from near the opening edge on the kitchen side of the door.  Their position and orientation was consistent with the defendant pushing the door with his left had to open it.

Upon closer inspection of the door I noted that the finger and palm impressions in the lifts were still visible in the white paint and could not be damaged by rubbing them with my gloved finger.  This finding initially appeared to suggest that the defendant had touched the door at a time when the white paint had been applied but had not fully dried, i.e. approximately 18 months before the offence.  This information indicated that the defendant’s finger and palm impressions could not have been placed during the burglary, however, it was inconsistent with his account of not having been inside the clubhouse during the previous four years.

I applied aluminium powder to the finger and palm impressions in the white paint in order to determine whether it was possible to lift them a second time.  During the removal of the lifting tape, the area of white paint adhered to the tape and was removed from the door.  This revealed an older coat of creamy yellow paint under the white paint.  I examined the creamy yellow paint and found that the same impressions were visible in this older layer of paint but with a far greater amount of detail and clarity.  This suggested that the defendant had actually had contact with the door when the older creamy yellow paint had been applied but had not fully dried.

These findings show that the defendant touched the door a short time after the layer of creamy yellow paint had been applied.  The paint had then dried and the defendant’s finger and palm impressions remained formed in the paint.  When the white paint was applied, possibly several months or even years later, the defendant’s impressions were still visible through the newly applied layer.  The impressions remained in this condition, apparently formed in the white paint, until the burglary occurred.  This area of the door was subsequently powdered and impressions were lifted by the CSI.  Upon receipt of my report the CPS decided not to proceed with the case.

The evidence in this case initially appeared to be very strong.  How could the defendant’s finger and palm impressions have survived for four years when the door had not only been cleaned several times but painted as well?  Furthermore, if the CSI had noticed that the impression had been formed in the white paint it would have seemed reasonable to assume they were in the new layer and not the underlying layer. 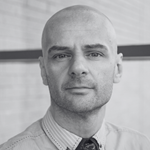