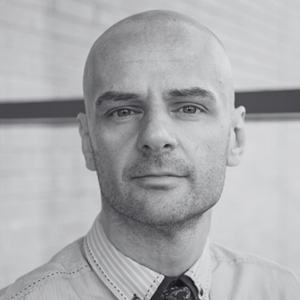 Simon Bunter specialises in testing the strength and validity of alleged fingerprint ‘identifications’. His expertise also covers how and when items were touched, including fingerprints that were innocently placed 10 years earlier.

As a Forensic Scientist his expertise includes determining how items and surfaces were touched or handled and commenting on the potential age of fingerprints. He has had articles published in scientific journals with regard to cognitive bias, placement of prints and the persistence and longevity of fingerprints on different types of surfaces at crime scenes. He has also given several presentations to solicitors, barristers and police Fingerprint Officers on such matters.

Mr Bunter has the following qualifications: BSc (Applied Science and Forensic Measurement), Professional Member of the Chartered Society of Forensic Sciences, a Chartered Forensic Practitioner and Fellow of the Fingerprint Society. In 2017 he won The Dr Ann Priston Award for Excellence in Casework. He has successfully completed independent fingerprint competency tests from different providers and undertakes regular training and development in the field of Fingerprint Evidence, including attending and speaking at conferences.

Mr Bunter can be contacted at our Durham office.