Recent Ripples in the World of Drugs 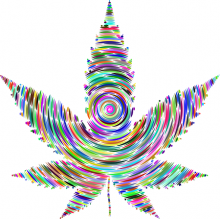 The world of drugs is not static. Whilst there are always old favourites, new drugs emerge, legislation changes and individual cases raise unique issues.

At Keith Borer Consultants, the wide range of drugs cases we deal with keeps us abreast of these changes, such that we can deal efficiently and confidently with your instructions when required.

There have been many noteworthy happenings over the past few years, three of which are detailed below:

These are synthetic morphine-like drugs, often vastly more potent than their natural counterparts.

Typically, these drugs have been encountered mixed with traditional heroin, though a user may not be aware of their presence until undesirable effects occur.  Despite popular belief, heroin is rarely ‘cut’ with materials more dangerous that the diamorphine itself and hence the advent of fentanyl drugs is a disturbing shift.  Traditionally, heroin deaths tend to be due to unexpected overdose, for example if the batch is of higher purity than usual, but increasingly Coroners are seeing deaths due to fentanyl-adulterated heroin and now test routinely for the drug.

The legislation surrounding fentanyls is complex in terms of the generic chemical wording intended to capture a range of such drugs as Class A substances, rather than listing them by name.  With many fentanyls, guidance is recommended in order to check that a given variant is controlled or not, as this may not be clear-cut.  Keith Borer Consultants has been able to offer such guidance in previous cases.

Many newly emerged drugs are in current circulation, such as synthetic cannabinoids (‘spice’) and cathinones, for example ‘monkey dust’.  Due to similarities between the legislative approaches to these drugs and fentanyls, KBC recommends that guidance is sought on the control status of new or complexly-named drugs to ensure any issues are addressed.

It has been argued that nitrous oxide is the only true new psychoactive substance in recent years, others simply being variants on existing drugs.

This gas has many uses, such as a component of ‘squirty cream’ canisters, but is open to abuse due to its transient, euphoric effects, and has been for many years – remember the film ‘Carry on Nurse?’ (probably not, unless of a certain vintage!).

Its typical presentation is in small, pressurised silver canisters, with the gas being expelled into balloons for inhalation.  Some individuals report the use of hundreds of such canisters in one sitting, due to the short-lived effects of the drug.  Hence, large numbers of canisters may not be a definitive indicator of an intention to supply.

Being a gas, special guidance was provided in terms of the requirements for inclusion as a prohibited material under the Psychoactive Substances Act (PSA) 2016.

Shortly after the introduction of the Act, confusion arose as to the control status of nitrous oxide.  It was successfully argued that the gas was exempt from the controls of the PSA by virtue of certain exceptions to the Act, in this instance, as a medicinal product.

This seemed a reasonable decision at face value, but part of the issue is a lack of definition in the Act of what constitutes a ‘medicinal product’.  It is true that nitrous oxide is used in medical settings but only as a raw ingredient in certain preparations, such as Entonox ('gas and air'), and as a very high-grade material, not as small canisters designed for the food industry.

Appeals concluded as above in that a nitrous oxide product could be considered exempt if designed for use in a medical setting and was not being used for recreational purposes.

Challenges have also been made to the nature of this drug’s psychoactivity (R v Rochester [2018] EWCA Crim 1936), though it was ruled that the mechanism for producing psychoactive effects was immaterial.

The message here is that, once again, drug legislation can be complex and, despite being legal documentation, is best supported by scientific interpretation where any doubt exists.  KBC can do this for you.

This area remains one of the most opinion-heavy areas of the drugs investigation, the reasons for which are covered in great detail in a series of three talks available from KBC on CrimeLine.

In recent years, a multitude of newer products have been encountered having been made from cannabis, including materials known as pollen (tiny resin-filled glands from female flowers), homemade cannabis resin and types of cannabis oil including a highly-purified form known as butane honey oil (BHO).  With the advent of such products, we have seen a raft of new defences in such cases - but are they valid?

Firstly, if the above products are being made, they involve methods of extraction, leaving waste materials behind.  Hence, there can be a significant reduction in the amount of usable material, albeit that the product is improved in quality/strength.  As such, the amounts remaining may well be more consistent with claims of personal use, rather than possession with intent to supply.

Secondly, production of these cannabis products tends to be in the realm of the experimenter or enthusiast, as the processes are involved and time-consuming, and hence not the obvious choice for those intent on commercial gain.  Further, claims of making such products, oils in particular, are often accompanied by perception of benefits for a range of health issues.

Finally, some of these cannabis-derived products are unwieldy so cannot easily be prepared for trade, nor are there clearly identifiable markets for them.

KBC has been able provide evidence of feasibility for such defences on many occasions.

The moral of the tale:

If you have cases involving:

GET THEM CHECKED OUT!