Is it a torch, lighter… or stun gun? 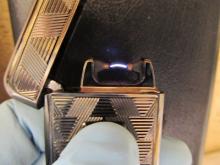 One of the latest gimmicks in novelty devices has seen the emergence of the plasma cigarette lighter. This small, hand-held item looks like a normal flip lighter, but uses a plasma discharge across two terminals to create the ‘flame’. They are freely available on the internet.

Plasma, the fourth fundamental state of matter (along with gases, solids and liquids), is produced as a powerful beam of energy that can light your cigar.

The problem is that the lighter uses two ’prongs’ much like a stun gun and the suspect was charged with having a disguised weapon under the Firearms Act. But is the plasma lighter capable of being a stun gun? In this case, our Firearms expert, Alan Henderson, said not.  His main arguments were two-fold around the construction of the device and how the plasma discharge was designed to occur. Additionally, the lighter top, it was argued, acted as a safety barrier to the plasma discharge. The Court accepted this was not a stun gun and the case was dropped. 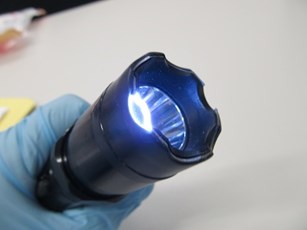 The torch/stun gun combination has sparked a similar debate, but for a different reason. These items are classified as stun guns, but the key issue is whether or not they are also a disguised weapon.

Section 5 (1A) (a) of the Firearms Act 1968, (Article 45(2)(a) in Northern Ireland), was introduced to control firearms disguised as another item. But are torch/stun gun combinations necessarily correctly classified as such? Depending on design features, we have successfully argued that many of these devices can be categorised as ‘dual purpose’ and thus fall under general prohibition contrary to 5(1)(b), (or Article 45(1)(f) in Northern Ireland).

Although this seems academic, the difference in potential outcome is considerable, as a charge under 5(1A)(a) or 45(2)(a) carries minimum mandatory sentencing.

If you have a case involving disguised firearms or stun guns, please get in touch with Alan Henderson on 0191 3324999.