The Evidence that Never Was 2 - Evidence Not Collected

Continuing on a theme of Evidence that Never Was and our article on Evidence in Need of Balanced Evaluation, another area where cuts to forensic budgets are removing the ability of the CJS to deliver justice is where Evidence is Not Collected.  This is exemplified by the number of trials being brought without forensic evidence.  What's new there a cynic might ask? What's new is the increasing number of cases where the collection and straightforward (old school) analysis of physical evidence which could provide discrimination between two accounts of events is not being done, but which the absence thereof, by default, is condemning trials to fail to achieve the evidence threshold for safe conviction.  It cannot be good for justice that where scientific evidence would prove a case one way or the other, cases are being put to juries to decide as if on a beauty parade.  Furthermore the cost of taking cases to court for them to fail for lack of evidence must far outweigh the few hundreds of pounds' cost of analytical testing.

A car driver was alleged to have been involved in a collision with a white van.  A police officer attending the driver's home noted white smears on the car, which he presumed were 'consistent' with the incident alleged.  The driver denied a collision with the van and asserted that the white smears were the result of an earlier collision with a different vehicle of a different make.   (The significance of this is that the paint on vehicles of apparently similar colour is likely to be analytically distinguishable between makes and models).

The case proceeded to court, but when the defence requested access to the 'evidence' it transpired that no samples of the white smears had been taken and the car was no longer available.  The case collapsed.   But it need not have got that far if the relevant paint samples had been taken and analysed and proved discriminating, or indeed, in the alternative outcome, matching analysis might have secured a guilty plea.

In either scenario the cost to the public purse of doing the testing is likely to have been much less than getting to trial without it and much safer for the CJS than seeking a conviction on hope.

In another low-level case a man was accused of criminal damage (breaking a car window with his hand).  The defendant was arrested shortly after the incident on the say so of his former partner, although this conflicted with another witness statement.  There was no further substantive evidence but there could easily have been if on arrest the defendant's clothes had been searched for glass fragments.  Someone guilty of breaking a window with their hand would inevitably put themselves in close proximity to the breaking glass and the expectation of finding a large number of matching glass fragments would be high.  Again, 'old school' analysis would have been relatively low cost but very discriminating in this context.  The failure to take steps to recover what could be exculpatory evidence for analysis equally could be considered an abuse of process.

In a recent people-smuggling case, a lorry driver was accused with involvement in the plot - which he denied.  The prosecution evidence included a statement alleging that the driver had in his possession a key which opened the padlock on the trailer of the lorry.  But did it?  The driver denied his key was for the recovered lock and stated that this lock was not the lock he had put on to secure the trailer after picking up his load.

On examination, we found that the lock and key were indeed of different make, but also that the lock had had part of its latch removed such that almost any key sized/shaped object (including a paper clip and the driver's key) would open it.  So yes, the Prosecution statement was correct in that the key the driver had in his possession did open the lock, but it was also dangerously incomplete.  On review, the 'evidence' that the driver had control over the security of the padlocked trailer was unsupportable and the case was dropped.

These cases often revolve on one person's word against another's, or perhaps just one person's perception of an event or their subsequent association of 'evidence' with an event.  The fact that simple evidence gathering and evaluation at an early stage is not being done, we suggest, is a false economy both financially and to justice. 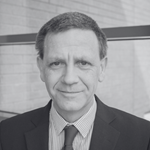