At Keith Borer Consultants a wide range of cases come our way.  Beyond the ‘standard’ drink drive questions, blood pattern analyses, drug valuations and road traffic accidents, to name but a few of the more ‘traditional’ cases we encounter, some of our customers approach us with unusual questions.

In the spring of 2014, our chemistry department was asked to examine a bottle of hair conditioner belonging to a lady who claimed that her ex partner had been harassing her and had added ammonia to it.  A scientist for the prosecution had examined it and concluded that ammonia was present and could be harmful; the ex partner was charged with administering a poison.  On examining the suspect container and the fresh product, our expert first noted neither had the strong, characteristic smell of ammonia.  Whilst ammonia might have been present in small amounts, accounting for the prosecution’s test results if not the smell, it was not possible to establish how it got there.  Certainly, it may not have been by the ex partner’s doing as a number of hair products can react to produce small amounts of ammonia, making an innocent explanation plausible.  The prosecution had jumped on a finding but not undertaken a balanced investigation.

Further, recent examples of non-standard work include identifying the source of an acid, examining knives for traces of potato and sandwich materials (it makes a change from blood) and looking for traces of hair oil on clothing.  In the past we have measured a (live) lobster to see if it met landing regulations (unfortunately for the lobster we were able to show that it did), investigated the trajectory of drugs packages thrown out of a car and examined eggs to determine if battery farm produce was being passed-off as free range (it was, however we were able to show that the fraud was not being perpetrated on the farm of the person being charged but by another supplier substituting his produce!).

Your questions go on and, however weird and wonderful, can often be approached using good sense, sound scientific principles and the willingness to think outside the box. Successful resolutions in many of the above cases underline the importance of identifying and asking the right question at the outset. 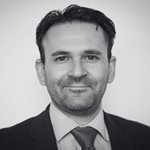