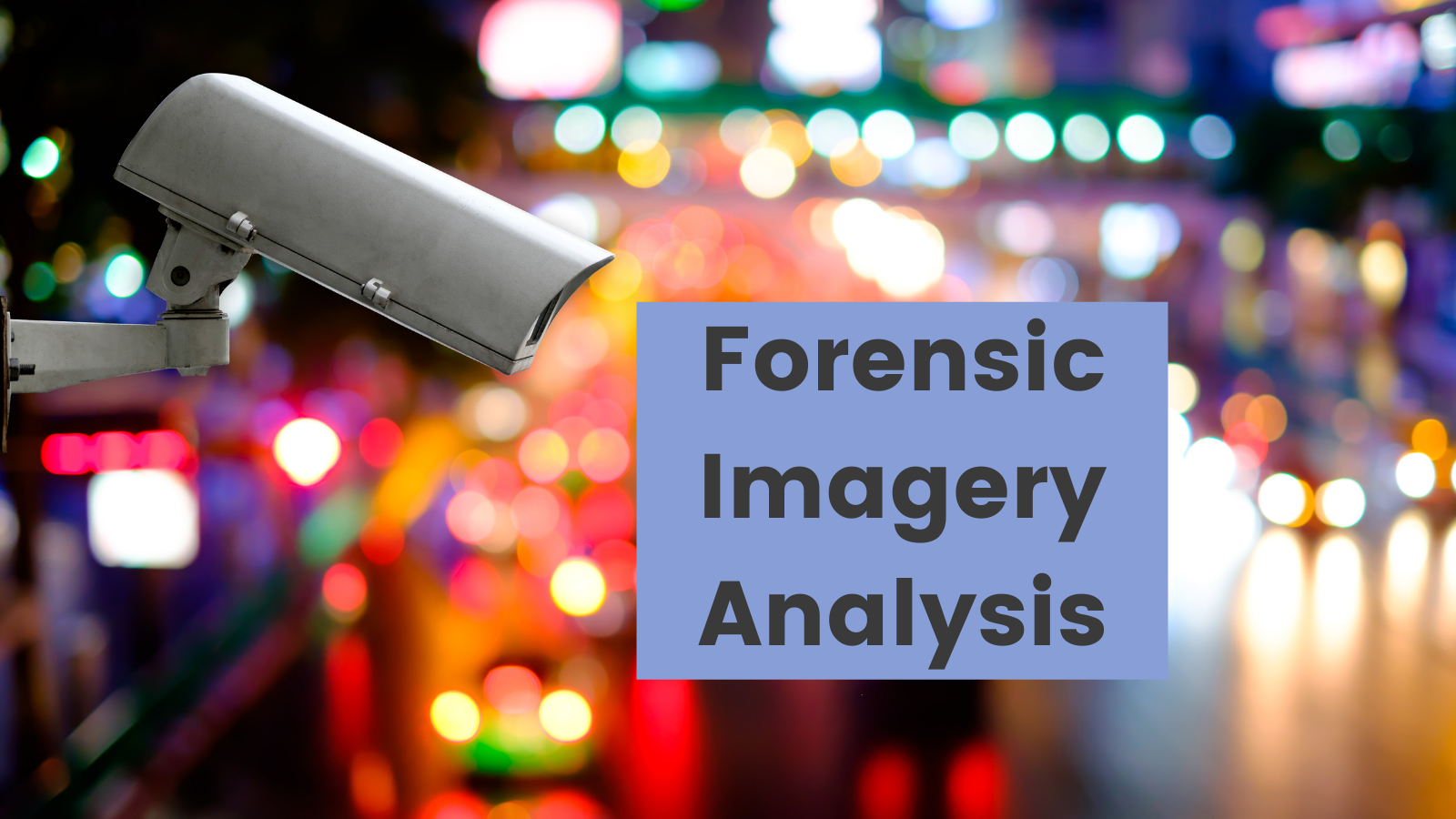 Why do I need an expert to tell me what I can see already?

The use of CCTV as evidence led to the development of the discipline we know as Forensic Imagery Analysis. In addition to CCTV, analysts examine imagery from other sources, e.g. dashcams or body worn video. During an examination, the technical aspects of the imagery are considered and features such as colour, size, shape, texture and shadow are analysed. Forensic imagery reporting is influenced by the Forensic Science Regulator’s guidance and we are actively involved in the Chartered Society of Forensic Science’s Digital Media Working Group.

The imagery experts at Keith Borer Consultants routinely work in two main areas (which can overlap): enhancement and analysis. Enhancement generally involves enlarging and slowing imagery, as well as trying to improve its quality or extract more detail. Analysis typically involves comparison (facial, clothing or vehicles), identification of objects (such as bladed items) or determining the actions of individuals involved in an incident. There are several issues a solicitor should be aware of when considering imagery evidence:

We see range of imagery, recorded by a variety of cameras intended for different uses. Camera specification, data processing, storage and method of transmission can all have an impact on image quality. Most of the imagery we see is CCTV, which is generally installed to monitor activity over an area but is often used for identification purposes. In this instance, the camera resolution, frame rate, dynamic range (the ability to retain detail in bright or shadow areas of an image) and level of compression can all affect the image quality. Even poor-quality lenses or dirty camera covers can have an impact.

There is a compromise when imagery is stored: image quality and the length of recording time versus the amount of storage space required. Higher quality footage or longer recording times both require more storage. Files are often compressed to save space, but this can be to the detriment of image quality.  The use of motion detection can help reduce recording time, but this is not suitable for all applications and can result in incomplete footage, depending on the sensitivity of the detector or recording ‘lag’.

Some image files (normally CCTV) are saved in a proprietary format that requires specific software for playback and cannot be opened on most devices. For ease of playback, files may be converted (transcoded) to a common format.  However, this process can degrade the image quality. As a result, footage that is exhibited for court presentation may be poorer than the original recordings and have less detail.

Imagery is forensic evidence that can be ‘damaged’ by mishandling. It needs to be recovered and stored in an appropriate manner, by properly trained staff. Recovering imagery is not always straightforward and some police forces employ personnel who specialise in this role, but procedures for the correct recovery and storage of image files have been produced by the Home Office and are freely available. The original image files may have been stored locally (on an HDD or memory card) but may have been uploaded to cloud storage or social media. In the latter case, video files are often compressed to reduce their size and speed up transfer during upload. The resulting imagery is often significantly poorer than the recording on the device and its veracity is harder to establish. For optimum image quality, has the original file been obtained and can the date, time and location of the recording be verified?

CCTV footage recorded in low light conditions is usually black and white (or greyscale). In this mode, the camera is recording visible and near-infrared wavelengths with the help of infrared (IR) illuminators, which allows recording in low light or total darkness. However, near-IR wavelengths are invisible to the human eye and more sensitive to material composition, rather than colour. Consequently, some materials (particularly clothing) can have a quite different appearance on near-IR recordings, compared to normal colour video. It is also possible that some tattoos are not apparent or only partially visible on near-IR imagery, depending on the tattoo dye used.

The policy for the use of body worn cameras varies between forces. Footage is recorded on the device and automatically uploaded to a server when docked. There is no in-camera deletion or editing facility and access to the uploaded footage should be limited. In most forces, recordings are automatically deleted after 31 days, if not marked for retention or categorised as evidence. Recordings can fail or files can become corrupted if the device suffers an impact or technical fault, but an audit log should be available.

BWV streaming: live streaming cameras are available, but they are currently too expensive for general use and require a fast, reliable network to handle the volume of footage. However, live streaming may become the norm in the future.

Facial Recognition: currently not in widespread use by police forces in the UK or the Republic of Ireland, but it is actively used in countries like China, where there is an image database of all citizens and this includes 3D scans. In this instance, the combination of Artificial Intelligence (AI) and 3D scanning enable a computer to recognise a person’s face from a variety of different angles. Without a 3D scan facility, facial recognition software normally requires a clear (preferably face-on) view of a person and a database of good quality reference imagery. There are limitations to current facial recognition technology: research has shown that performance deteriorates with the darkness of skin and also with gender. There is a high proportion of false positive matches, meaning the technology still requires operator input and therefore remains subjective.

Do you need help with an imagery case? The best way to instruct an expert is to be as specific as you can with your instructions. This includes identifying key time stamps in the footage that require analysis and setting out exactly what you would like the expert to compare or enhance. This will make it easier to obtain comparable and competitive quotes, speed up the time required to obtain a report and ultimately help the court. If you need assistance, you can always contact an imagery analyst at Keith Borer Consultants.