From 2nd March 2015 new Drug Driving offences came into force at Section 5A of the Road Traffic Act 1988, namely driving or being in charge of a motor vehicle with a concentration of specified controlled drug above the proscribed limit in blood.

These are absolute offences; there is no longer a requirement to show that an individual was impaired: – if the level of a drug in their blood exceeds the new limit they will be guilty of the offence*(see below).  There are no proscribed limits for any drugs or medications in urine or breath.

16 drugs/medications are covered by this legislation, divided into two groups:

*A defence is available in relation to the medications.  If the drug has been prescribed for medical or dental purposes and has been taken in accordance with instructions then the individual is not guilty of the offence, even if the blood level exceeds the limit.  However, if their driving is impaired an individual could still be convicted under existing legislation regardless of the levels of medications in their blood.

There is also a further defence in relation to the ’being in charge’ offence if there was no likelihood of the individual driving while the level of the specified drug exceeded the limit.  In practice this may be difficult to assess as the elimination of drugs is more complex than the elimination of alcohol.

How will it work?

The Crown’s intention is to have roadside drug-testing devices that analyse saliva and give an indication of the levels of drugs present.  These will be similar to roadside breath-testing devices in that they produce screening tests only, which will need confirmation with a subsequent blood test.

At outset only one Roadside device has been granted Department of Transport approval, the Securetec DrugWipe 3S, which tests a small amount of saliva and produces an indicative result in about 3-8 minutes.  However, it is capable of detecting cannabis and cocaine only.  If the DrugWipe gives a positive result then the individual will be taken to a police station where a blood sample will be collected.  The saliva test alone is not sufficient evidence for a prosecution, it must be supported by blood test results.

Given the current absence of roadside screening tests for the other 14 specified controlled drugs, police officers will be able to request blood samples even in the event of a negative roadside test, if they have reason to believe that the individual may have taken drugs.  The individual will be provided a B-sample taken at the same time, as before.

Greater Manchester Police have stated that they will not immediately enforce the new legislation until they are satisfied that the legal and procedural issues involved in prosecuting these cases can properly withstand legal scrutiny.

The penalty under the new offence will be 12 months disqualification, a fine up to £5,000 and up to six months in prison, or both.  The conviction may remain on the driver’s licence for 11 years.

These will be a serious penalty for many, so how can we help?

We have toxicologists based at both Huntingdon and Durham offices who can advise on all aspects of drug driving legislation.  In particular, we can: 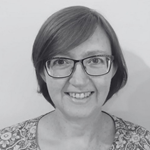