DNA evidence – what is the value of an SFR1 ‘DNA Match Report’? 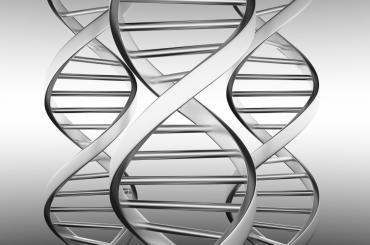 The application of Streamlined Forensic Reporting for DNA profiling, particularly in rape and serious sexual offences, is problematic and needs careful consideration if miscarriages of justice are to be avoided.

A Streamlined Forensic Report Stage 1 ‘DNA match’ (SFR1 DNA match report) gives the results of DNA profiling.  It will indicate the type of DNA profiling undertaken for both the recovered and reference samples, and give an indication of whether the resulting recovered profile was mixed with more than one contributor.  An SFR1 DNA match report is intended to be a case progression tool, not evidence in its own right.

Only a tiny proportion of cases progress from an SFR1 DNA match report to an SFR2 DNA evaluation report, in which an expert has assessed the evidential value of that match.  Effectively, therefore, for the majority of cases, in which SFR1 DNA match reports are accepted and SFR2 reports are not prepared, there is an evidential value being assumed by the recipients of SFR1 DNA match reports.  From a scientific standpoint, a DNA profile match will have no evidential value until its evaluation in the case context indicates that it does have.  The relevance of contextual issues in relation to DNA profiling evidence are set out in a publication by The Royal Society, ‘Primer: Forensic DNA analysis’[1]. Evaluation requires expert knowledge of the context and available research.

Acceptance by the defence of an SFR 1 means the prosecution do not seek any further expert opinion by SFR2.  In accepting an SFR1, however, it is important for the defence to be precise about exactly what is accepted and to avoid inadvertent acceptance of a whole raft of assumptions and inferences that might seem to flow from the test result.  Ideally, prosecutors should demonstrate evidential significance, by expert evidence if necessary, rather than allow maximum pro-prosecution value to be inferred which may then require the defence to prove otherwise.

Ultimately, courts need to be satisfied that the DNA which matches a defendant was in a quantity and type of cellular material which fits with an allegation, and was transferred at the time and in the manner alleged; none of which is indicated by an SFR1.  A full matching DNA profile can provide compelling evidence in some contexts and be evidentially valueless in others, or sit somewhere in between.  If a DNA profile match cannot, in itself, prove an allegation, then it follows that the degree to which it might support that allegation is dictated by the likelihood of obtaining the same result from other circumstances.  Accurate evidential evaluation depends on assessing the limitations of the sampling and testing, and the extent to which the result could have arisen from other stated or reasonable alternative circumstances.

Our recommendation to defence lawyers is to be explicit that acceptance of an SFR1 DNA match report does not include acceptance that it necessarily corroborates an allegation or deems acceptance of a prosecution lawyer’s inferences.  Thereafter, its uncertainty may be dealt with by instructing forensic experts.  We can establish the source and location of the underlying scientific data and disclosure can be obtained, allowing expert evaluation of the DNA profiling result within the context of the case.

By all means, choose to accept an SFR1 DNA match report as an accurate test result – but no more than that.