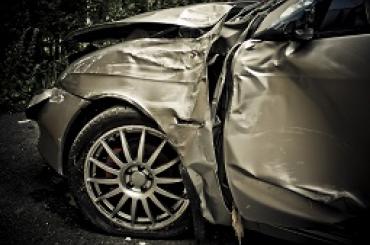 Collision investigator Mike Prime was instructed recently in a high profile Supreme Court case in Bermuda.  The defendant was charged with causing grievous bodily harm by driving without due care and attention.

The defendant was driving a Nissan motor vehicle and was turning right from the main road onto a side road, crossing the path of opposing traffic.  As he turned, his car was in collision with a Honda motorcycle that was travelling in the opposite direction.  It was alleged that the defendant was on his mobile phone and was distracted.

As a result of the collision, the rider of the motorcycle suffered chest and head injuries, a badly broken foot and he lost a toe.

CCTV evidence showed the defendant turning right when the motorcycle struck the nearside of his car.  An eyewitness told the court that two motorcycles had overtaken him at speed and, when he rounded a corner, he saw that one of them had struck the Nissan car while the second motorcycle steered behind the car.

Keith Borer Consultants received instructions to carry out an examination of the collision scene and comment on the CCTV evidence, the Bermuda Police Accident Report and the defendant’s tape-recorded interview.

Consideration of the evidence

Using CCTV footage and measurements made at the scene, KBC’s Mike Prime estimated that the motorcycle had been travelling between 73kph (kilometres per hour) and 86kph on the final approach to the collision scene, more than twice the 35 kph legal speed limit for the road.

The defendant’s view of opposing traffic had been partially obstructed by a coach that was travelling ahead of him.

Mr Prime’s report discussed perception/response time (PRT), the amount of time required to perceive a hazardous situation, decide upon what action to take and then implement that action.

He argued that, if the motorcycle had been travelling within the 35kph speed limit, or even as quickly as 50kph, the defendant had sufficient view to have completed his right-turn manoeuvre and to have cleared the motorcycle’s lane of travel before it arrived at the junction.  The motorcyclist would not have needed to have taken any avoiding action and a collision would not have occurred.

Even travelling at 59kph the motorcyclist could have avoided the collision by simply reducing his speed once he had seen the Nissan start to turn.

The motorcycle rider’s speed was therefore considered a major contributing factor to the collision and the defendant was cleared of the charge.

Mr Prime commented, “This was an interesting case and I am grateful to my colleague Jim Keenan (now retired) for carrying out the scene examination when he was in Bermuda on another matter.  His measurements increased the array of calculations I was able to perform and provided the jury with useful information to assist them in reaching a not guilty verdict.  What surprised me most was the fact that the prosecution had instructed two experts: the first report was by one of their own police collision investigators, who reached a similar conclusion to me, and a second report by a United States based collision investigator who had reached different conclusions in relation to the motorcycle’s speed and the actions of the defendant.  Both prosecution experts were called to give evidence, but with different opinions!”

Mike Prime is one of four collision investigators at Keith Borer Consultants.  Each member of the team is experienced in scene (locus) examination, vehicle examination and collision reconstruction.  They have extensive knowledge of vehicle-pedestrian incidents, and vehicle-vehicle collisions involving bicycles, motorcycles, cars, buses and goods vehicles.  The team operates throughout the UK and Ireland and further afield, as required, particularly in the British Overseas Territories.